OneNote menubar is missing after installing Office 2019 or Office 365

The menubar in OneNote prior to version 2019 looks more like this (version 2010 below):

File, Home, Insert, Share etc on the menubar. Logical right. Notebooks are on the left side, Sections (tabs) are at the top, and Pages are on the far right. A clean simple layout.

And this is what it looks like after installing the new 2019 version of Office or Office 365 in a Windows 10 environment. Microsoft felt the need to remove this logical layout, and replace it with the APP design which looks like this:

Note the Menubar only shows Home, Insert, Draw and View. This is OneNote APP version that is preinstalled in Windows 10, as opposed to the Desktop Version. Also the Notebooks, Sections, and pages all fly out from the left, see below: 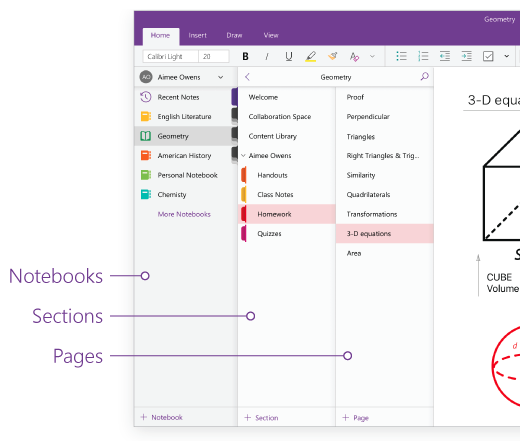 Apparently, if you HAD OneNote 2016 and Office 365 upgraded you to version 2019 automatically, OneNote 2016 stayed untouched. HOWEVER, when you install 2019 FRESH it comes with the ‘new and improved’ APP variation of OneNote which comes free with Windows 10.

At any point, you can install OneNote 2016 for free – but it has to be downloaded and installed separately. Not sure what the logic was here, but the APP version is not nearly as user friendly as the familiar desktop version.

Install the Desktop Version of OneNote from Microsoft here.