What happens when lightning hits?

​Simply put, lightning is an electrical circuit seeking a ground. The unfortunate part is that it usually finds that ground in your unprotected computer, television, stereo, or other equipment. With a high quality battery backup or surge protector, you can protect your valuable equipment at very little cost.

What is the difference between a battery backup and a surge protector? 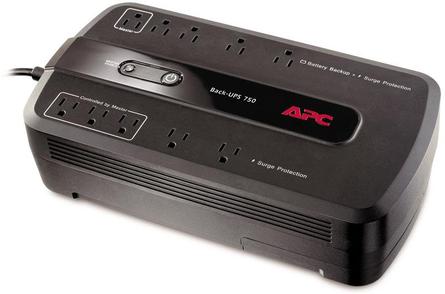 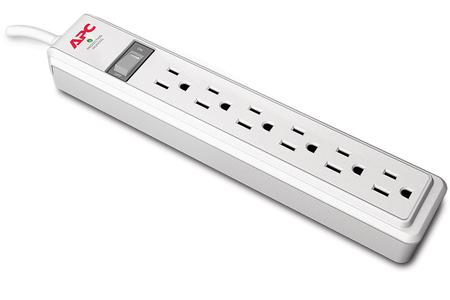 ​The difference is simple. Both will provide surge protection but a battery backup (also called an uninterruptible power supply or UPS) has a battery inside which will keep your computer running for 7, 10, 15 minutes etc. The length of time depends on the type of UPS. A battery backup allows you just enough time to close all programs, save your work and shut down properly.

Remember, it is only temporary so do not keep on working…it will only last for a few minutes. Stop, save whatever you have open, and shut the computer down. Sometimes the power only goes out for a few minutes and pops right back on. You have to make a judgment call at that point depending on how bad the storm is.

If you think that it may go out again, shut your computer down and wait for it to pass. Continuous off and on surges to your computer is very damaging. In the case of a television or other equipment it will give you enough time to turn it off.

IMPORTANT! Surge protectors are designed to sacrifice themselves to save the equipment that it is protecting. So if you come in to your office one morning after a night of lightning and the computer that was plugged into a surge protector will not power on, count your blessings. Your surge protector did its job, it protected your equipment. Replace it and be happy about it. Most manufactures have a lifetime warranty on them so if you take the time to fill out their paper work, you could mail the old one to them for a full replacement at not charge! This is in addition to replacing your damaged equipment if that is the case.

Battery backups will hold up quite a bit longer but will also fail or drain the battery after so many power hits. Again, that is exactly what these devices are designed to do so don’t get upset when they seem to stop working. It has probably saved you hundreds or thousands of dollars in potential damage.

Also note that on the battery backup up, not all of the plugs are backup up with the battery. If you have six plugs probably only two or three will provide an uninterruptible power source, the other three only act as a surge protector ONLY.

Whats is the best battery backup?

​Stick with the name brands when it comes to battery backups. APC by far is the most popular and probably the best choice hands down. Tripplite is also a good brand. Don’t cut yourself short on protection. Spend $40-$80 on a good quality battery backup and you will be glad you did.

What about my phone line?

Contrary to popular belief the majority of damages finds its ground through the path of least resistance…your phone or internet line (CAT 5/6) usually since that is the thinnest wire. And since you phone line is connected to modem in your computer, you have just given that lightning the ground that it is looking for, at the expense of your computer.

Should I plug everything into the battery backup?

Not necessarily. There are 2 types of plugs on a battery backup UPC. Surge protection only on one side, battery backup + surge on the other side. The more you have plugged into the battery backup side, the shorter run time you will get when the power goes out. A battery backup unit is NOT made so you can continue running your computer system and multiple monitors in the dark when the power is out. This is a common misconception.

The objective of a battery backup unit is to just to give you 5-10 minutes to properly shut your system down and wait for power to be restored. This is sometimes contrary to what APC will tell you because they want you to buy their very expensive power units to maintain full power for extended periods of time costing thousands.

Lets say you have one of our QuadStation multiple display computer systems with 4 displays in this example. You would plug in monitor #1 (where your Start button is), the main QuadStation computer and perhaps your cable modem to protect it. (If the power goes out most likely internet will go down in the area even if your cable modem is plugged into the battery backup, but it is a good idea to protect it from damage.) Everything else (remain monitors, printers etc) plug into the surge only side to protect from damage in the even of a lighting strike or power surge.

So when the power goes out the you will have your main computer running and monitor #1 (where you start button will be) so you can click on start shut down after closing any programs. If you have a multiple display system the remaining monitors (plugged into surge protection only) will lost power and be dark, don’t be concerned. If you have open applications on those monitors right click on monitor #1 and temporarily disable all other displays in display properties except monitor#1. It will move all open applications over to that monitors off of the dark monitors.

What about my laptop, it has a battery?

True your laptop does have a battery so if the power does go out your laptop will stay on provided that it was not hit by the lighting. However, if the power cord and the phone line are not looping through a surge protector it is still susceptible to damage. It is easy to have a false sense of security when it comes to laptops. The next time a lighting storm comes around, just unplug the phone line and the power source. You can keep right on working on your laptop but you have eliminated the possibility of damage by disconnecting any link between you and the lightning.

​Looking for a high quality laptop? See our QuadStation Mobile laptop systems with support for up to 3 monitors.

Do not take lightning or power interruptions lightly, they can be very damaging and quite expensive if not taken seriously. So, be PROactive not REactive when it comes to protecting your costly equipment. Protect your equipment with a good quality battery backup, you will be glad you did. That is a lot cheaper than having your computer equipment damaged.